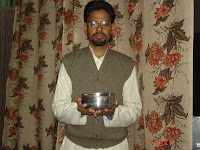 
"Series of truth based Articles by whistleblower & Activist Mr. Ravi Srivastava . Read , Share & Join him in his
fight."ETA

" Government pretends to show that it is serious to curb the adulteration by coloring the PDS kerosene by blue
dye or conducting raids on Petro pumps but the fact is that the money from trade is siphoned to Ministry &Minister
for buying the positions of Chairman, directors and other plum positions .By a study of NCEAR it was established
that 38% of Kerosene is diverted and used for adulteration by Petrol/diesel pump owners with the support of
transporters and oil company officials."

Fuel Adulteration of (Petrol& Diesel) is the most lucrative business by oil mafia whereby crores of Rupees are
pocketed by unscrupulous Oil company officials, Ministry ,Transporters and Retailers this has been a menace for
MOP&NG since a very long time, precisely due to artificially keeping low price of Kerosene .Price of PDS kerosene
is revised nominally to keep the vote bank of BPL users intact by respective governments, such artificially low priced
kerosene has made adulteration of motor fuels like petrol/diesel an all profit no loss trade. Late Manjunath shanmugam
Sales officer of Indian oil was murdered while checking adulteration at a Petrol pump in U.P in Nov. 2006

Government pretends to show that it is serious to curb the adulteration by coloring the PDS kerosene by blue dye or
conducting raids on Petro pumps but the fact is that the money from trade is siphoned to Ministry &Minister for buying
the positions of Chairman, directors and other plum positions .By a study of NCEAR it was established that 38% of Kerosene
is diverted and used for adulteration by Petrol/diesel pump owners with the support of transporters and oil company officials.

After Manjunath’s murder MOP&NG formed a committee of Top oil company officials and sent them abroad to study and suggest a suitable Marker for checking adulteration such ‘markers’ are used in south Africa, Malaysia and many other countries to check adulteration due to differential pricing or subsidized fuel etc. Committee finally zeroed down on few suppliers of markers , out of which M/s Authentix was hand picked by ministry officials and then secretary Petroleum M.S Srinivasan in connivance with Petroleum Minister Murli Deora for supplying marker to oil marketing companies IOC/BPC/HPC , such decision was taken without even conducting a Pilot study,. Oil companies were advised to procure the marker from Indian agents of above supplier M/s SGS Ltd on a single offer basis. There was such a tearing hurry to implement marker system that no formulation, specification , chemical composition or Environment impact was studied /verified or compared. MOP&NG even amended the MDG( Marketing discipline guidelines) to empower the private company personnel to check /Inspect Retail outlets for the presence of marker (adulterated by marker doped kerosene), across the country.

Oil sector Officer’s Association convener Ashok Singh and coordinator R.P.Srivastava were approached by Marketing officers of oil companies and complained that Petrol pump owners were subjected to Extortion by the Private company SGS in the name of inspection /checking of Marker .OSOA mandated one leading Advocate of Mumbai to obtain all procurement details of Marker system in Nov. 2007 through RTI while the supply contract of Marker was extended for 6 months i.e up to March 2008, after initial denial even by MOP&NG , advocate received all the information in May 2008

Ashok singh & Srivastava made a formal complaint to Joint Director CBI, Mumbai in May 2008, in a quick retaliation Ashok Singh was promptly suspended within 4 days of filing the complaint by implicating him into a false charge, they both approached CVC(central vigilance commissioner) personally in June, July& Aug. 2008 , for whistle blowers protection, which was declined and all their correspondence was shared with HPCL Management who swiftly removed Srivastava’s all assistance, evicted from his office and made him sit under stairs case, his perquisites were stopped and even deducted salary. MOP&NG ordered oil companies to extend the contract of SGS till Dec. 2008 and total Marker worth Rs. 200 crore was purchased all on single offer.

PIL no. 60 on Marker scam was filed in Mumbai High Court in June 2008 by a social activist Sh. Simpreet singh , which was decided in Oct. 2008 , Hon’ble Mumbai High court ordered CBI to investigate whole Marker scam and ordered MOP&NG separately to conduct enquiry by Ministry’s Vigilance dept. Indian express report in Oct 2008 confirmed that the Marker was removable/launder able by ordinary clay.HPCL looking for some excuse to remove Srivastava he was suspended in Jan 2009 , again by falsely implicating him into OSOA’s strike from 7-9th Jan. 2009, HPCL had incidentally not even participated in that strike , and he himself was on duty during the strike days. In the meantime MOP&NG abruptly advised all oil companies to stop marker doping w.e.f Jan 2009 without assigning any reason.

Times of India report in June 2009 , confirmed that HPCL ‘s own R&D advisor had confirmed as early as in Jan. 2005 that the Marker is carcinogenic in nature (could cause cancer in human being). CBI filed a PE in Marker case in April 2009 against then Secy Petroleum , SGS, Authentix and unknown oil company officials .According to CNN-IBN News on 21st sept 2009 , CVC has also ordered CBI to conduct enquiry against Senior Petroleum ministry officials , News also confirmed that Authentix was already a black listed company abroad with the name “Biocode” Marker was purchased at the price of Rs. 13000 per ltr. and there was no basis for procuring marker at such an exorbitant price

Ashok Singh & Srivastava were removed from services of HPCL in March 2009. Srivastava was evicted from company accommodation in Aug 2009 after facing insult and humiliation by HPCL management for 15 months . This is all done by HPCL who claim themselves to be Model Employers being a Govt. of India undertaking ,pioneers in the field of HR for their HR practices like Emotional Intelligence/Performance Management , competence mapping etc. etc.

Despite High court/CVC orders no visible action has been taken by CBI? Though they have completed their enquiry and submitted report in Aug 2010 wherein advisory has been issued to Oil company chairmen and their complaint has been totally vindicated Public admission by CVC in the news item of Indian Express of 30th Dec. 2009 , that corruption has reached at the highest level in the Government and specially mentioned the Names of Ministry of Petroleum , power and others and how long people of this country will continue to pay artificially high price of fuel and subscribe to the govt. propaganda that OMC’s are losing so many crores every day and add to the prosperity of corrupt officials and adulterators? Both have filed writ Petition in Mumbai High court against their dismissal in April 2010 which has been admitted in Sept 2010, Deora has been removed as Petroleum Minister in Jan 2011 and from the cabinet in july 2011


"Copyright of Article is prohibited without author permission."

I R.P.SRIVASTAVA, 56 year old ,male Graduated in Science and Chemical Technology in the year 1975, after an stint of 1 year at Eicher Tractors and 6 years in Kansai Nerolac(erstwhile Goodlass Nerolac), I joined HPCL in 1982 as an Operations Officer in Grade ‘A’.

"I am a crusader against corruption , corruption which destroyed my life exposed Rs. 200 cr. corruption in Petroleum industry Marker system invited the wrath of Murli Deora his sychphant beaurocrats , chairman of the company who promptly dismissed me from service to appease their boss"

NEW DELHI: New Delhi-based entrepreneur Robert Vadra, married into the country 's most powerful family, has made a quiet and relatively unheralded entry into the real estate business, including a partnership with DLF Ltd, India 's largest realty firm. Vadra, the son-in-law of the ruling United Progressive Alliance coalition chairperson Sonia Gandhi, has stayed away from electoral politics, maintaining that he wants to be known as a businessman.

In interviews, he has said that his focus is on Artex, a small company specialising in jewellery and handicraft exports. That seems to be changing as 42-year-old Vadra, known for his punishing fitness regime and love for fast bikes, has sought to scale up and diversify his business activities since 2008, acquiring tracts of land in Haryana and Rajasthan, a 50% stake in a leading business hotel in Delhi, and attempting an entry into the business of chartering aircraft. Regulatory filings available in the public domain and reviewed by ET reporters reveal the changing graph of Vadra 'sbusiness interests. These include wide-ranging transactions with the DLF Group.

Several of his companies have received loans, some unsecured, from DLF group companies, including the Bombay Stock Exchange-listed flagship DLF Ltd.

A JOINT VENTURE AND SOME LOANS

Sky Light Hospitality Pvt Ltd, a company wholly owned by Vadra and his mother Maureen Vadra, is a partner, along with DLF Hotel Holdings and others, in a partnership firm that owns the business hotel Hilton Garden Inn in the upscale South Delhi business district Saket. The hotel is located within the DLF Place mall, also known as DLF Courtyard. "The Hilton Garden Inn Hotel in Saket is a small business hotel.

I have interest in hospitality and am happy to be part of the hotel," Vadra told ET, speaking on the phone from Europe, where he is travelling presently. He said the business association with DLF stemmed from a long-standing friendship with the family that controls the realty giant. "I have known the DLF people for a long time and they are friends of mine. I had wanted to invest in real estate and one thing led to another. Right now, I can only be part of a small hotel.
प्रस्तुतकर्ता लीना मेहेंदळे पर 10:57 am 0 टिप्पणियाँ

Chidambaram and Robert Vadra TOO ??

The list of accused in the second generation mobile telephony spectrum scam is swelling by the day and may have two more high profile names.

Janata Party president and the brain behind the case, Subramanian Swamy on Tuesday said Union home minister P Chidambaram and son-in-law of Congress chief Sonia Gandhi, Robert Vadra, too are involved in the multi-crore scam.

Also, DMK chief and Tamil Nadu chief minister’s wife and daughter, who were recently quizzed, too, may be included as accused by the CBI, he told reporters in Chennai.

Meanwhile, the CBI has refused to comment on the allegations. “There is nothing we have to say at the moment,” a senior CBI official said.

Adopting a cautious approach, even BJP decided not to react. A senior BJP leader said the party will not react at this juncture. “It can be true. But we will have to verify the veracity of the allegations,” the leader said.

“Vadra has 20% stake in Unitech, one of the telecom operators which benefited through the allocation of second generation mobile telephony spectrum by former union minister A Raja. He is the beneficiary of illegal payments generated through the spectrum scam and Commonwealth Games contracts ,” Swamy said.

“The prime minister had asked Chidambaram, then the finance minister, to sit with Raja and decide the price at which the second generation mobile telephony spectrum could be sold. The duo decided to sell spectrum at 2001 prices, causing huge loss to the government. Moreover, Chidambaram did not inform the prime minister about the decision till 2008,” Swamy said.

He said Chidambaram was informed by the then home minister Sivaraj Patil that Etisalat and Telenor, two foreign telecom players, should not be allowed to operate in India. “Etisalat had links with the Pakistani spy agency ISI and Dawood Ibrahim while Telenor had Chinese links. Chidambaram did not tell Raja about this information. Later also when he took over as the home minister, he kept the information to himself,” Swamy said.

The Janata Party president said he would approach the prime minister seeking permission to include Chidambaram as an accused in the second generation mobile telephony spectrum case after the Tamil Nadu assembly election. “It will be better for Chidambaram to resign by that time,” he said.’
प्रस्तुतकर्ता लीना मेहेंदळे पर 10:38 am 0 टिप्पणियाँ 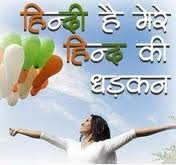 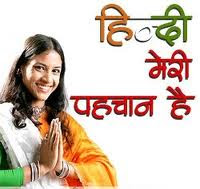 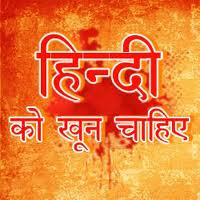 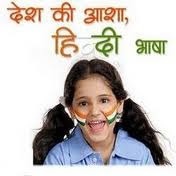